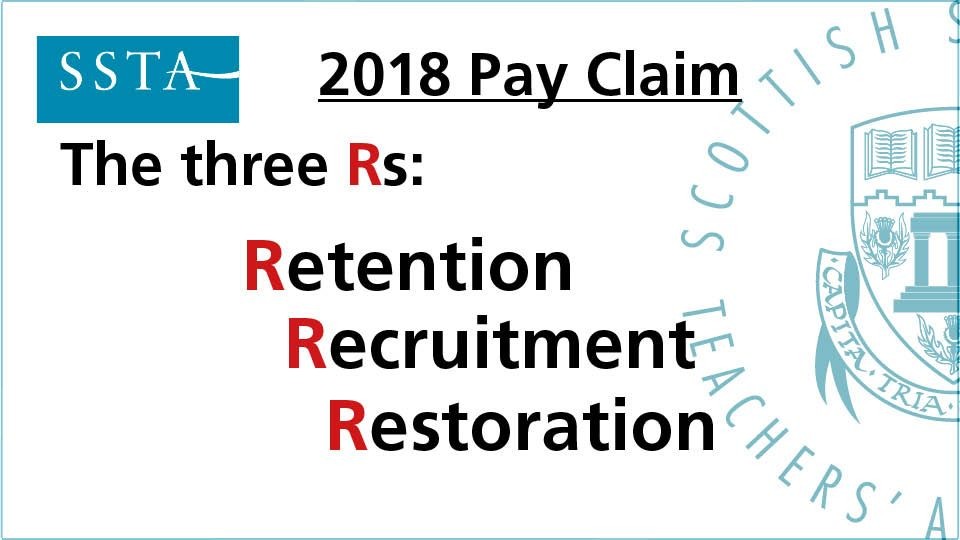 Following on from a meeting of the SNCT Joint Extended Joint Chairs (SSTA, EIS, COSLA and Government) on Monday 17 December a further meeting took place on Thursday 20 December in an attempt to reach a negotiated settlement.

COSLA and Scottish Government confirmed the revised offer that addressed the need for a universal offer for all teachers at all grades except for Headteachers above £80,000 who are limited to £1,600 increase.

This offer remains short of the SNCT pay claim with the Scottish Government still seeking agreement around a multi-year deal. Discussions took place on suggestions made by teachers side in seeking to improve the value of the offer.

It was agreed to arrange a further meeting of Extended Joint Chairs and this has been set for the afternoon of Monday 7 January 2019. This is seen as the last opportunity to reach a negotiated settlement before the offer is considered by the unions. It has been a long and slow process but please be reassured that SSTA is pursing every avenue to get the best deal for teachers.

The SSTA Salaries and Conditions of Service Committee are awaiting the outcome of the negotiations and it will then be deciding upon the next steps in the 2018 Pay Campaign. As we move to the final stage of negotiation we need to be ready to conduct a ballot of members. It is essential that we have accurate postal addresses and preferred email addresses.

Published on 21 December 2018 - Conditions of Service / Information for Members